Cee’s Fun Foto Challenge for this week is Flowers.  Flowers have long been admired and used by humans to beautify their environment, and also as objects of romance, ritual, religion, medicine and as a source of food.

Crinum moorei is a very ornamental plant native to South Africa. The long dark green leaves are arranged in rosette-shape. From the middle of the bulb stems rises up the tubular flower stem, which develop 6 to 12 flowers. The wide funnel-shaped flowers are from snow white to pink and arranged in clusters at the 80 cm tall flower stalk, which is coming lower under the weight of the flowers a little bit. The flowers are a wonderful contrast to the dark green foliage. The flowers bloom almost in the same time, but are not durable. They smell very intense and reminiscent of vanilla. The scent is stronger in the evening, where he attracts moths for pollination. The bloom time is April-June, in which the plant flowers once a year. 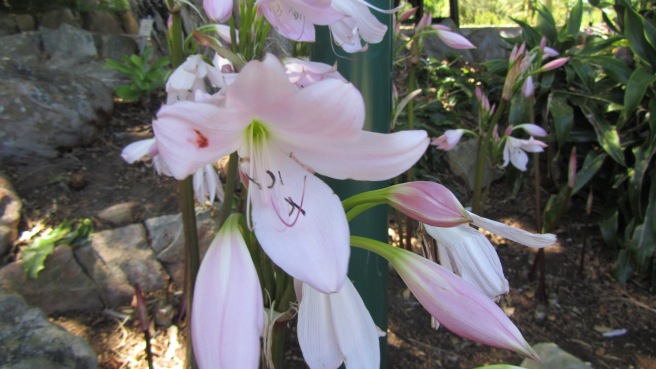 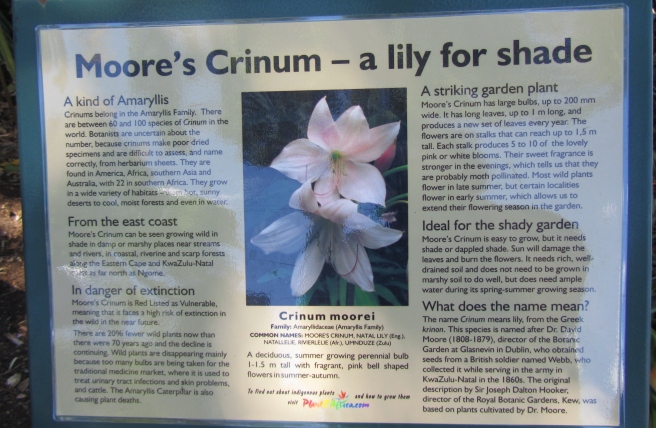 I took all the above photo’s at Kirstenbosch Botanical Gardens.

These are in my own garden: 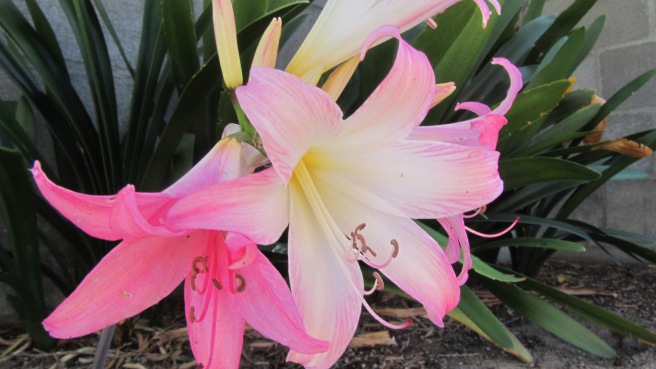 From Wikipedia, the free encyclopedia

Kirstenbosch is the name of a famous botanical garden nestled at the foot of Table Mountain in Cape Town. It is on the eastern slopes of the mountain.

The garden is one of nine National Botanical Gardens covering five of South Africa‘s six different biomes. When Kirstenbosch, the most famous of the gardens, was founded in 1913 to preserve the country’s uniqueflora, it was the first botanical garden in the world with this ethos. Furthermore, what makes the Gardens so famous worldwide is that (with minor exceptions) only indigenous plants are cultivated.

The garden includes a large conservatory (The Botanical Society Conservatory) exhibiting plants from a number of different regions, including savanna, fynbos, karoo and others. Outdoors, the focus moves to plants native to the Cape region, highlighted by the spectacular collections of proteas.

Kirstenbosch enjoys great popularity with residents and visitors. From the gardens several trails lead off along and up the mountain slopes and these are much used by walkers and mountaineers.

February 21, 2014 ~ Aletta - nowathome ~ 8 Comments
Erica verticillata is a species of erica that was naturally restricted to the city of Cape Town but is now classified as Extinct in the Wild. Wikipedia
This species occurred naturally on the Cape flats of the Cape Peninsula. It preferred damp sandy soils such as those found around Wynberg, Kenilworth and Zeekoeivlei where agriculture and urban development wiped out its natural populations. 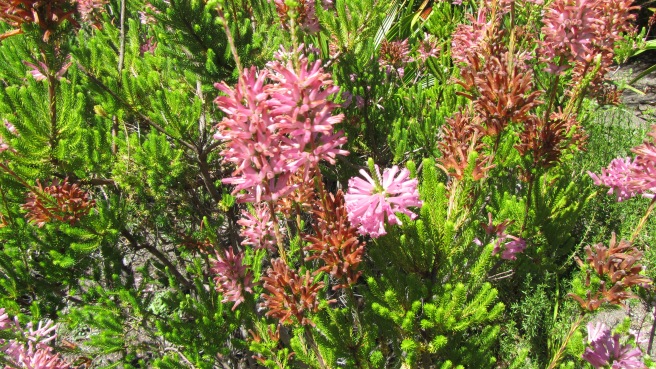 These photo’s were taken at Kirstenbosch Botanical Gardens in Cape Town.

Showy bulbous herb of vast horticultural importance because of its long lasting flower stalks suitable for use as cut flowers.

Ornithogalum thyrsoides is a perennial herb, 20 to 50 cm tall, with round bulbs becoming dormant in the winter months. The plant has few (5-7) fleshy leaves that die back after flowering. Leaves range from 15 to 30 cm in length and 0.5 to 1.5 cm in width, are lance-shaped, smooth and soft-textured.

The West Coast of South Africa is well known for the annual display of wild flowers that seem to burst into sight almost out of nowhere.  Most people associate the “flower season” with the months of August and September, and while these months are a good time to view the flowers, many times the best flowers are already in bloom by the end of July and depending on the weather conditions, flowers can even be seen during early October.

A wildflower (or wild flower) is a flower that grows in the wild, meaning it was not intentionally seeded or planted.

The West Coast flower region, an integral part of the Cape Fynbos Kingdom, boasts more than 1200 species of flowering plants. About 80 of these are endemic to the West Coast and known nowhere else. The rich flora of the West Coast occurs on mainly three different soil types, culminating in three distinctive vegetation types, namely, Strandveld, Renosterveld and Sandveld.

The Darling Wildflower Society has held a show virtually every year since that first show in 1917. The ideals expressed by the founders still hold true today. They wanted to display Darling’s God-given wealth for the world to see. At the same time they promoted the conservation of flowers amongst the farmers of the district, who have since maintained the botanical diversity of the region over several generations.

Darling lies within the Cape West Coast Biosphere reserve in the centre of the threatened lowland sandplain and renosterveld http://www.darlingwildflowers.co.za/

Although it was a rainy day the atmosphere at this show was vibrant and we had a wonderful time there.

The hall was landscaped with Darling wildflowers, from the most fragile and rare to the ones easily found. 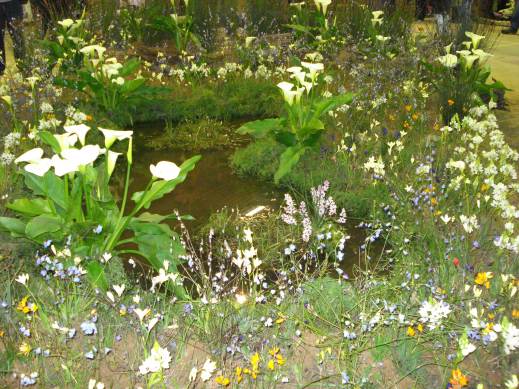 And Arum lilies (my favourite) in abundance! 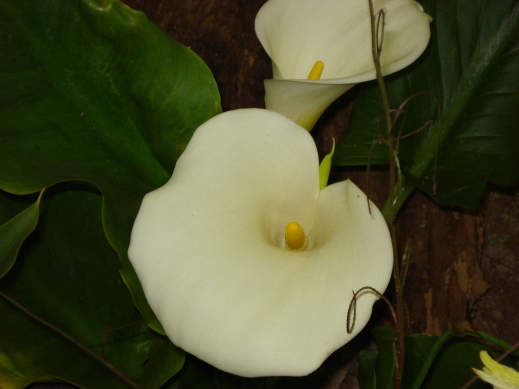