This week we have Tracy as Guest Host. Our challenge this week is : Surreal.

The surreal world of Helen Martins

Outer appearances can be deceiving. In life, Helen Elizabeth Martins was a shy, retiring figure, rarely seen outside on the streets of Nieu Bethesda. But this recluse was the custodian of a magical inner kingdom that she breathed into life.

Born in Nieu Bethesda on December 23, 1897, Helen was the youngest of six children, and her early years gave little indication of what the future would hold. She finished her schooling in Graaff-Reinet with a teaching diploma then married Johannes Pienaar, who was a teacher and dramatist.

Their marriage was not a happy one, and after seeing parts of the country, Helen returned to Nieu Bethesda in 1928 so that she could care for her frail parents. Her mother passed away in 1941; her father in 1945. Helen’s relationship with her father was troubled and she had moved him into an outside room later named The Lion’s Den, its walls painted black.

It was only once she was on her own, that she sought to transform her home, as a reflection of her quest to bring wonder, magic and light into her existence. Her passion for and involvement in her work was to the detriment of her own health, which may have contributed to her increased reticence to being seen in public. 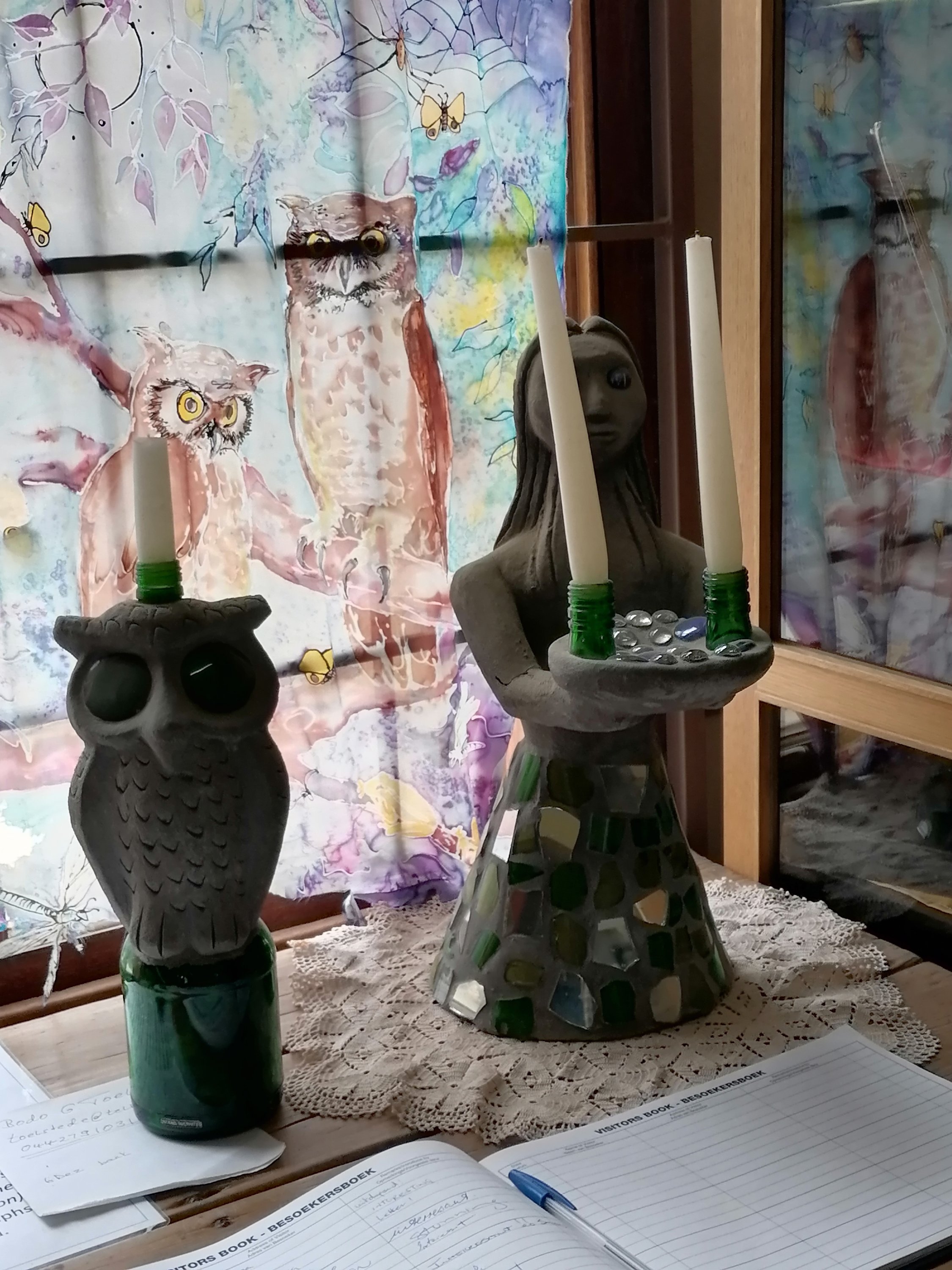 At 78, crippled by arthritis and suffering increased loss of vision – the latter possibly damage caused through her working with ground glass – Helen took her own life by drinking a mixture containing caustic soda.

Her fear of being separated from her beloved Owl House was so great that she would rather end her life than be removed to live elsewhere. Miss Helen was rushed to hospital in Graaff-Reinet, where she died three days later, on August 8, 1976, though her legacy continues to bring joy and wonder to many who visit her home.

Sarah Wilkie, who hosts Travel with Me, is next with her challenge to share Three Favourite Images.

The Lens-Artists team will be back in August.