Felicia amelloides catches the eye wherever it is planted, with its striking sky-blue and sunny yellow flowerheads, held well above the leaves. South Africa has been blessed with many felicias, several of which make excellent garden plants. This species is one of the best. Apart from its beauty, this plant has many advantages. It is hardy, fast growing, long-flowering and long-lived, more or less frost- and wind-resistant, needs only moderate water and little care. It is also readily available from nurseries. As blue is a difficult colour to get into a garden, this is definitely a plant that will draw attention. 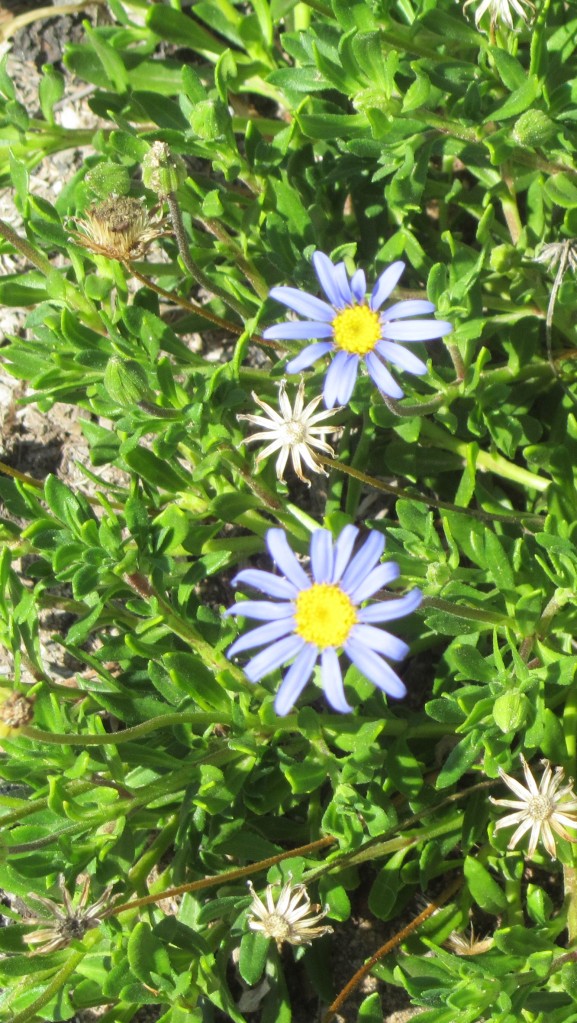 This species comes from the coastal strip of both the Western and Eastern Cape Provinces, mainly from Humansdorp to Port Alfred. It has been recorded from as far west as the De Hoop-Potberg Nature Reserve and it reaches the Kei River mouth to the east. The furthest inland it extends seems to be to the Vanstadensberg and Winterhoek Mountains near Port Elizabeth and Uitenhage, and the Ecca Pass, near Grahamstown.

This felicia is mainly found on old coastal sand dunes that are beginning to stabilize, or where dunes meet permanent bush or where there is any shelter. It is also found on sandy flats, exposed stony hillsides, gravelly slopes, outcrops of Table Mountain Sandstone and on rock slabs. The associated vegetation has been described as fynbos (sometimes called macchia), transition fynbos/bush, coastal scrub, thick scrub, ericoid vegetation and Stoebe plumosa communities.

The blue felicia bush receives some rain all year round in much of its natural area and endures a wide range of temperatures, including some frost. It does not seem to need the regular coastal mists as it grows well in inland gardens. With this natural distribution and habitat, it could be grown in many parts of South Africa, except, perhaps, where there is very high rainfall and heavy frost. Good drainage and some shelter would probably overcome these problems. 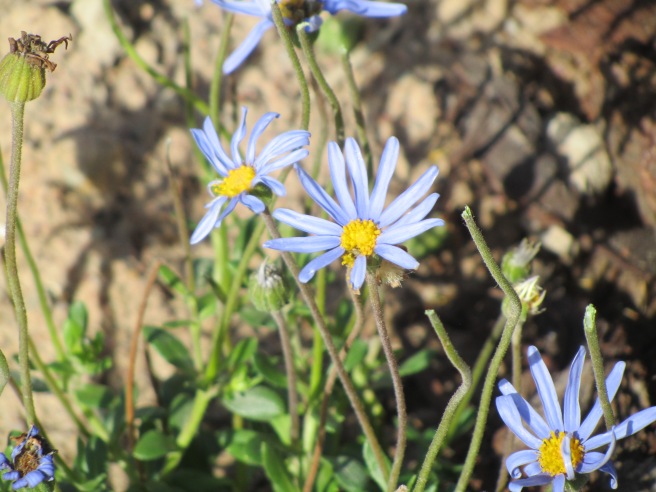 Felicias are visited by bees and small flying insects, such as wasps and butterflies. They also have tiny thrips running around the florets, usually carrying pollen grains on their bodies. Sometimes a bright yellow ‘flower’ spider lurks in the daisy’s centre, matching the disc florets perfectly. Whatever animal achieves pollination, it is generally very successful as full heads of seed are the norm. 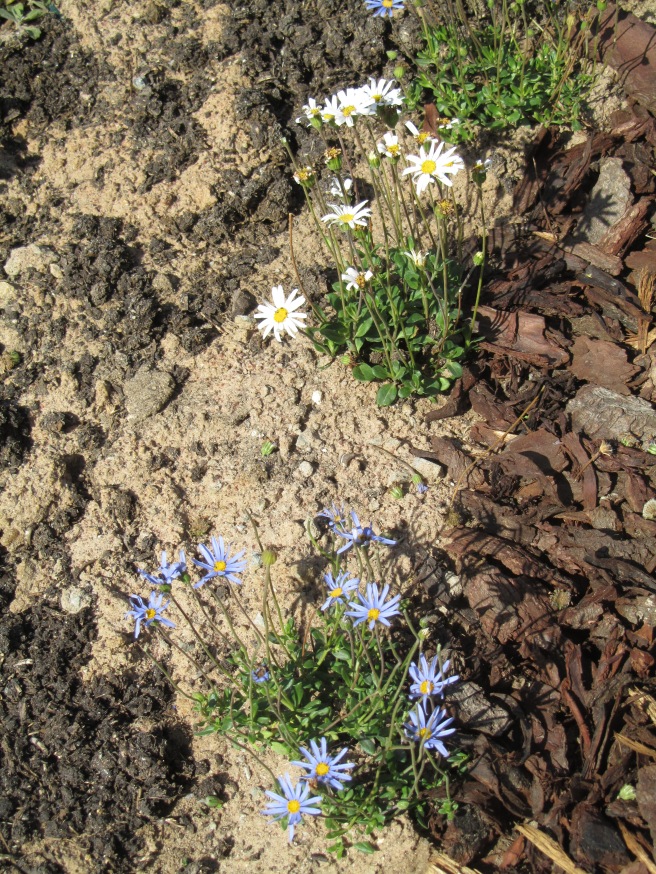