(any kind of bench will do, but there must be at least one person, animal or object on the bench)

They seem quite happy to be on this bench!

From the middle of July to the end of November groups of Leucospermum cordifolium shrubs provide vivid splashed of orange and red in the Fynbos region. Nurseries in Israel, California, Hawaii, Zimbabwe, Australia and New Zealand produce large amount of cut flowers of hybrids and cultivars of this South African plant. In South Africa it is a popular garden plant as well as a much-used cut flower.

Leucospermum cordifolium belongs to the protea family and is indigenous to South Africa. It grows in acid, nutrient poor soils in a fairly small area in the South Western Cape, from the Kogelberg to the Soetanysberg near Bredasdorp. It is part of the Cape Floral Kingdom and occurs only in the winter rainfall area with its wet winters from May to September and hot, dry summers from December to the end of February. Other genera of the protea family, which produce striking and ornamental flowers, are Leucadendron and Protea.

An added attraction during flowering time are the numerous birds found near the plants. In the early hours of the morning the abundant nectar flow attracts a variety of small insects, which in turn attract the Cape Sugar bird and three species of Sunbird. These insectivorous birds consume the small insects as well as the nectar, and in the process transfer pollen from one flower to the next. The flowers are not self-pollinating and depend on the small Scarab beetles and the birds for pollination. The birds are accustomed to the visitors in the Gardens and provide great photo opportunities when feeding on the flowers.

Leucospermum cordifolium is a rounded spreading shrub up to 2 m in diameter and about 1,5 m high, with a single main stem and horizontally spreading stems, hard green leaves and 1 to 3 large inflorescences borne at the end on the stem. The inflorescences consist of a large number of small flowers. It is the stiff protruding styles of the flowers which are the source of the common name “pincushion” for this genus. Only a few large, hard, nut-like seeds are produced by each inflorescence. In their natural environment the seeds are collected by ants, stored in the soil, and germinate only after a fire has killed the mature plants and returned the nutrients back to the soil. 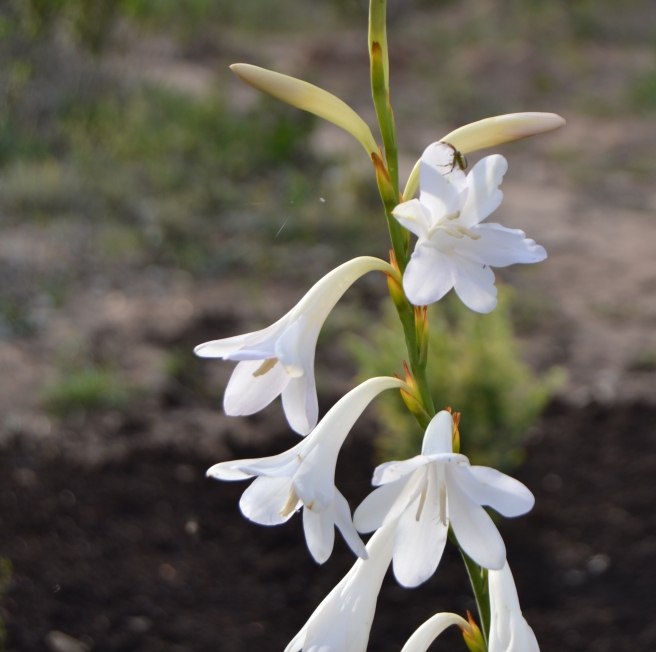 (any kind of bench will do, but there must be at least one person, animal or object on the bench) 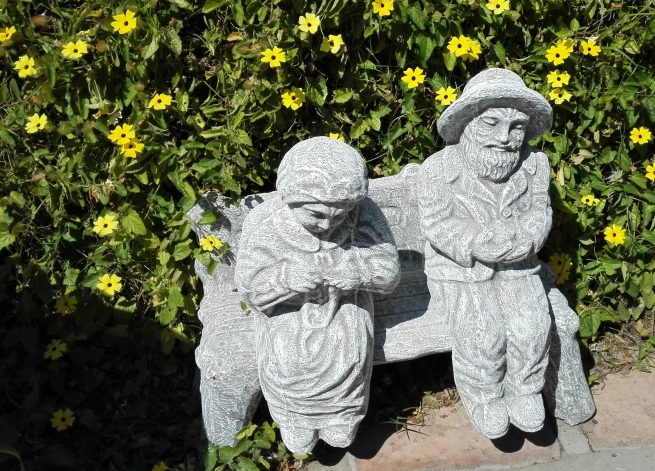 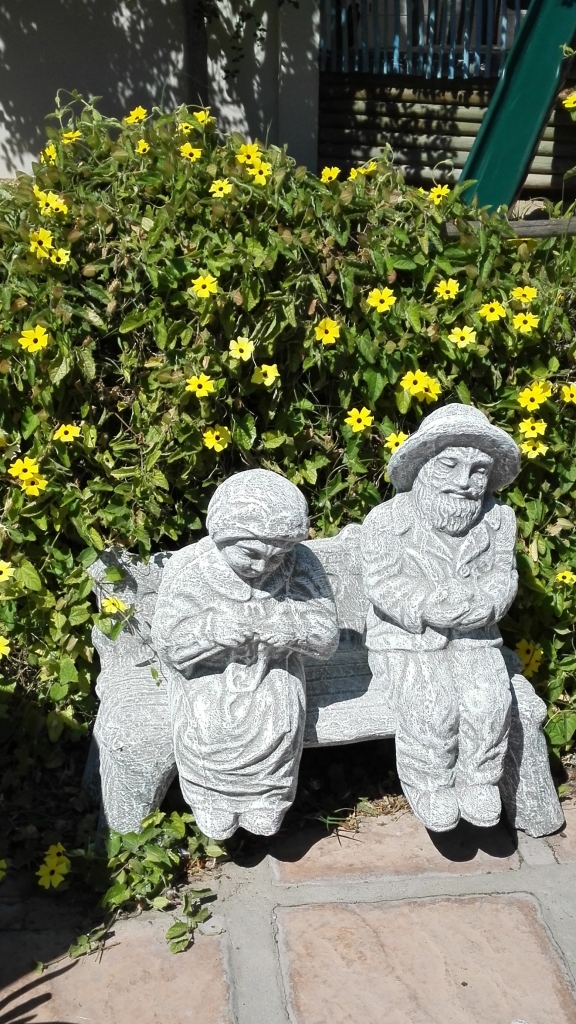 I found another mini bench! 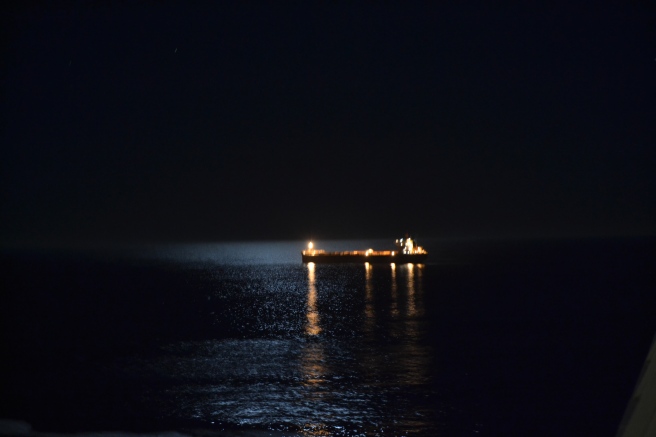