Once a week Sue dips into her old English Oxford dictionary to pick a word on the page that it falls open at.  The challenge is to post a photograph you like best to describe what that word means to you.

A rainbow is an optical and meteorological phenomenon that is caused byreflection, refraction and dispersion of light in water droplets resulting in aspectrum of light appearing in the sky. It takes the form of a multicoloured arc. Rainbows caused by sunlight always appear in the section of sky directly opposite the sun.

Rainbows can be full circles, however, the average observer sees only an arc formed by illuminated droplets above the ground, and centred on a line from the sun to the observer’s eye.

In a primary rainbow, the arc shows red on the outer part and violet on the inner side. This rainbow is caused by light being refracted (bent) when entering a droplet of water, then reflected inside on the back of the droplet and refracted again when leaving it. 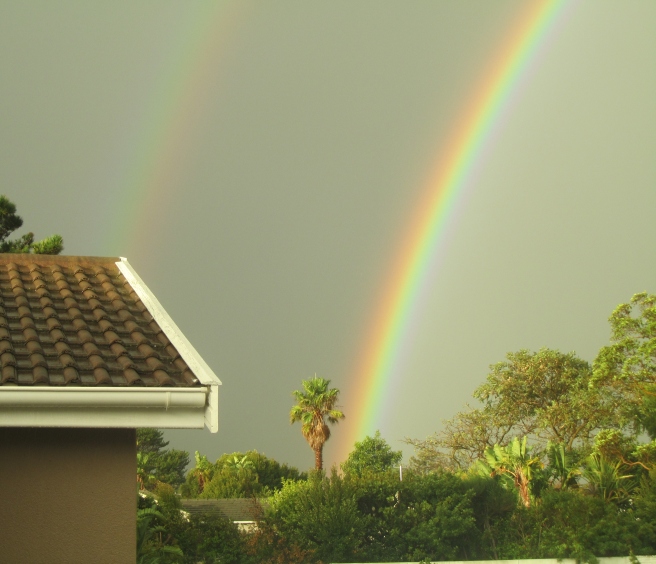 In a double rainbow, a second arc is seen outside the primary arc, and has the order of its colours reversed, red facing toward the other one in both rainbows. This second rainbow is caused by light reflecting twice inside water droplets. Wikipedia

25 thoughts on “A Word A Week Photograph Challenge – Rainbow”