It is native to a very small area of south coastal Western Australia (measured in just tens of kilometres) to the east of Walpole (430 km Southeast of Perth), but is not considered under threat in the wild.

In nature Corymbia ficifolia prefers infertile, sandy soils but it is readily adaptable to most temperate locations, provided it is not exposed to severe frost or sustained tropical damp. It is an ideal street tree as it is hardy, moderately fast growing, and rarely grows large enough to require pruning. 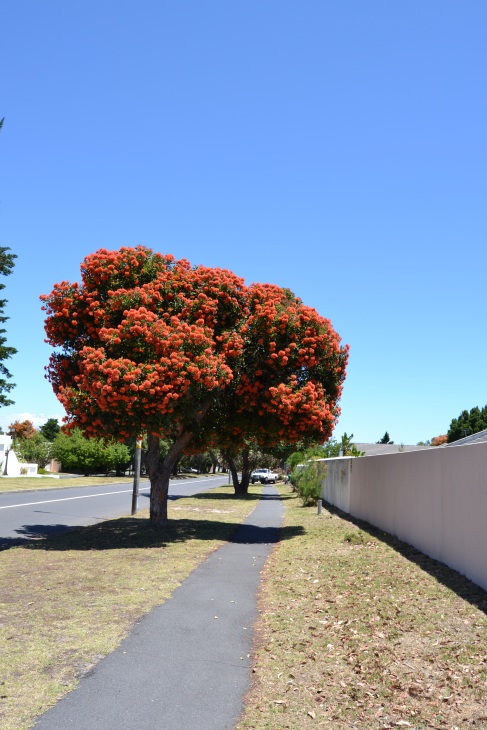 The common name, “red flowering gum” is often used, but generally not to indicate Corymbia ficifolia in particular as opposed to it and other similar looking trees. The name is also something of a misnomer; all gums flower, many are red, Corymbia ficifolia is not really a “gum” but a bloodwood, and its flowers can be any shade between pale cream, through pink, to red, orange or deep crimson.

Both species are unusual in that they mainly grow only in spring, which means that the flower heads (which blossom in late summer) are outside the bulk of the foliage and very visible. Both species share the habit of flowering heavily only every second year; typically parts of a given tree will flower one year and other parts the next, but this varies greatly: in typical corymbia fashion, each individual tree seems to have its own particular habits. 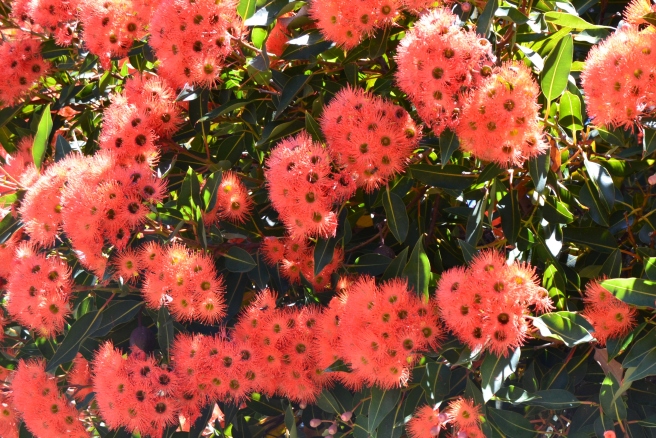 Along with Nuytsia floribunda blossoms of the tree regularly correlate with Summer solstice and Christmas season in trees growing  in metropolitan Perth and here in Cape Town. 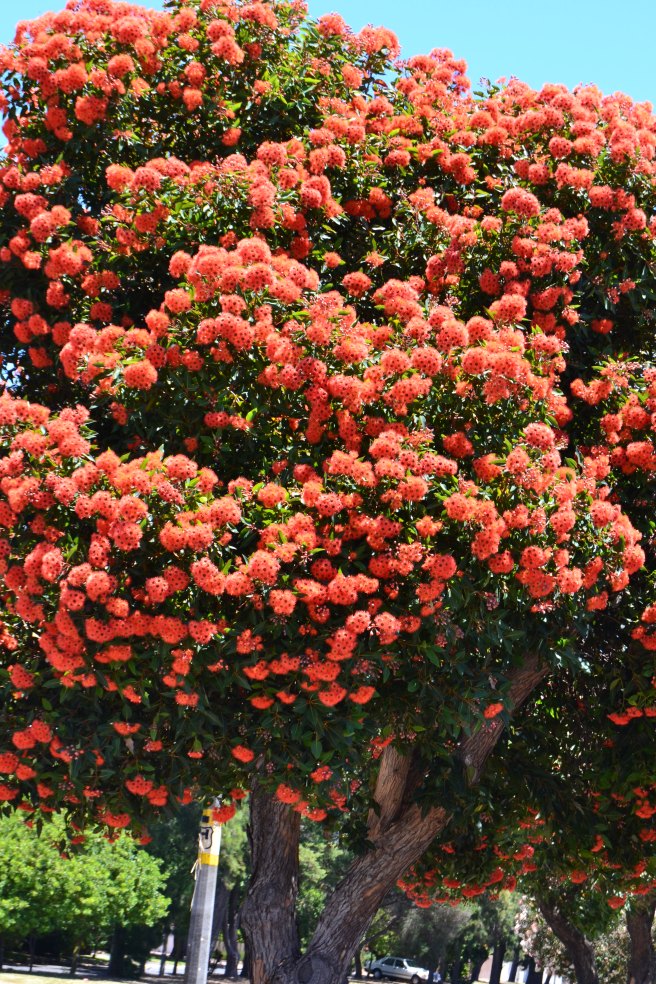