Looming large and welcoming you to Cape Town, whether you are arriving by plane, train, boat or car, is the iconic Table Mountain, one of the   7 Wonders of Nature.

The main feature of Table Mountain is the level plateau approximately 3 kilometers (2 mi) from side to side, edged by impressive cliffs. The plateau, flanked by Devil’s Peak to the east and by Lions’s Head to the west, forms a dramatic backdrop to Cape Town.

Devil’s Peak was originally known as Wind-berg or Charles Mountain. The English term Devil’s Peak is a 19th-century translation from the Dutch Duiwels Kop, and supposedly comes from the folk-tale about a Dutch man called Jan van Hunks, a prodigious pipe smoker who lived at the foot of the mountain circa 1700. He was forced by his wife to leave the house whenever he smoked his pipe. One day, while smoking on the slopes of the peak, he met a mysterious stranger who also smoked.

They each bragged of how much they smoked and so they fell into a pipe-smoking contest. The stranger turned out to be the Devil and Van Hunks eventually won the contest, but not before the smoke that they had made had covered the mountain, forming the table cloth cloud. 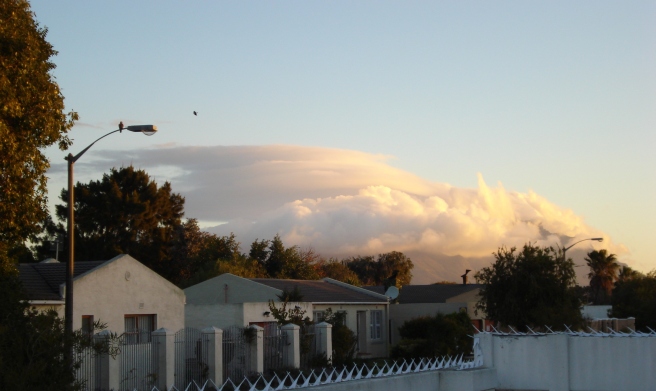 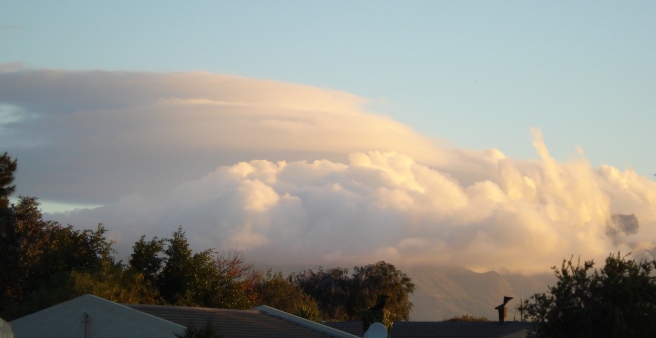 Linked to Thinking Through my lens’ challenge : Under